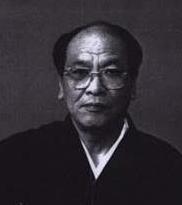 Born in Nagoya on November 29, 1926 Kimura Hekiho Masakazu grew up in a family steeped in samurai tradition and with a long history associated with Nagoya Castle. His Great Great Grandfather was a retainer to the Daimyo and it was from this Lord that his family received the name Kimura. 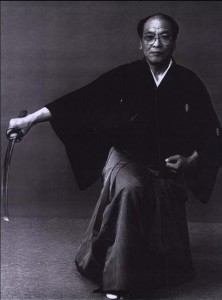 Kimura was thirty years old when he first met Soke, Shinoda Ohho Masatsune and he was already an accomplished swordsman, having studied Yagyu Shinkage Ryu under Master Kazimima, a senior instructor from that school of swordsmanship. It was 1957 and Soke, Shinoda had just rebuilt his new dojo in Nagoya when Kimura Hekiho Masakazu joined and consequently became his first student in the new dojo. Soke, Shinoda never forgot this fact and bestowed on Kimura, the honour of teaching all new students. Kimura Hekiho got on very well with Soke Shinoda Ohho and recently when he was questioned on whether Soke, Shinoda had a favourite waza, he just laughed and said, ” Naturally he loved all his waza because he created them “. Grand Master, Kimura’s favourite movement is Mura Same.

Grand Master, Kimura Hekiho Masakazu made his first visit to Australia in 1982 when he was invited by Hokushin Shinoh Ryu Iai-Do Ohgokai, Goho Wonho Chong. He was accompanied by two of his junior students, Nakamura Geppo and Koizumi Kiho. This was the first time Hokushin Shinoh Ryu Iai-Do had ever been displayed outside of Japan by Hon-bu Instructors and the demonstrations held in the cities of Adelaide and Melbourne were a great success. Iai-Do was virtually unheard of in Australia at that time and Grand Master Kimura’s demonstrations of Iai-Do generated a considerable amount of interest from the public and the news media. 25 students joined Hokushin Shinoh Ryu Ohgokai immediately after the demonstrations.

Six years later Grand Master Kimura lead a large delegation of members of the Hokushin Shinoh Ryu So-Honbu to participate in “The Grand Masters” 1988 International Martial Arts and Cultural Exhibition, endorsed by Australian Bicentennial Authority and organised by Shihan Goho, which was held at the Adelaide Convention Centre, South Australia.

Grand Master has one son, Shihan Tenpou Toru Kimura who is now runing Grand Master’s business with his wife and two sons.

We wish to thank Grand Master Kimura Hekiho for sharing this information with us.